So even though I made some delicious food over the last week, I haven’t posted since … last Friday. Bad Kat.

But my first of the Friday Five is a recipe, so I guess it counts, in a way, right? Either way, here are the five things distracting me from thesis-writing this Friday.

1) When I was detoxing my body for 21 days with the book “Clean” by Alejandro Junger, MD (I will never stop testifying to the genius of this man. I feel and look so much healthier thanks to this book), I still had my sugar cravings. The rules of the program are that the sweet taste is meant to be consumed in small amounts, and so most sugars are prohibited — however, small amounts of Agave syrup are allowed.

Berries and nuts were allowed as a snack, and in a desperate need for something “dessert-y” during my first week, I found it: raw, clean, slightly sweet but nutritious perfection: Raw. Cinnamon. Blueberry. Crisp.

1/2 cup fresh or frozen blueberries (I prefer fresh)
1/4 cup pine nuts, raw or toasted
2 tsp raw Agave syrup
As much cinnamon as you want (I’m way into cinnamon, so I use a lot)

If you want the nuts crunchier, toast them lightly either in the oven or on the stovetop. Once you have your pine nuts ready, either raw or crunchy, combine all ingredients in a bowl.

Yes, it is the most simple dessert known to mankind. But it’s hella versatile – really, the possibilities are endless. I’ve used raspberries and chopped cashews, huckleberries and chopped almonds, blackberries and chopped brazil nuts, etc. You can even use some powdered ginger to add a spicy kick. And if you’re really not into agave syrup, honey is cool too, but agave is better for you and just as yummy. And I always shake on loads of cinnamon (not cinnamon sugar; just plain ground cinnamon), because I really really love cinnamon.

Overall, it adds up to a dessert that is simple but weirdly complex in flavors, and DELICIOUS.

2) My new earrings, and local art in general. 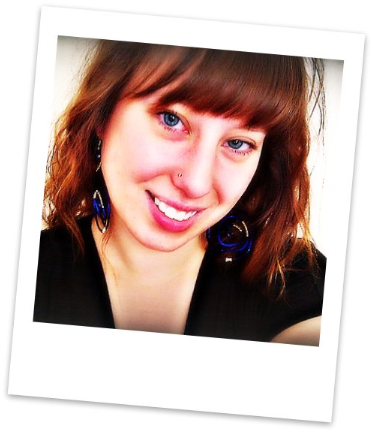 Um, I am in LOVE with these spiral-y blue copper light-as-a-feather earrings I bought last Sunday at the Art of Living Black art show that originated at the Richmond Art Center, but travels around the Bay during the exhibition period as well. Here for more info.

I’m not joking. Sometimes the only way to get your boyfriend to take his vitamins is to ask him to take them in gummy bear form. I found these ones at Trader Joe’s, and they’re not loaded with extra sugar or artificial flavors, so it’s a good choice for picky kids and adults alike.

I spent this Wednesday morning reading The Lorax to fifth graders at Sequioa Elementary here in Oakland, in honor of Dr. Suess’ birthday as well as their Drop Everything And Read day and Read Across America. All the kids got to wear pajamas (I used to love pajama days at school) and a bunch of volunteer readers, like me and my friend Kristen Caven (a Mills alum!), got to read our favorite picture books to the kids.

Appropriately, it seems I was assigned the most environmentally conscious and socially aware group of fifth graders EVER. That day the teachers were outside with protest signs and many honks of agreement from passing cars to draw awareness to the state’s current education crisis. Later that day, at work, I saw a group of kids from the same school marching through the neighborhood in protest. Way to be, Bay Area kiddos. Fighting for the right to learn is always the way to go.

Also, Kristen introduced me to a fantastic Dr. Seuss book that day that I had never read: The Tough Coughs as He Ploughs the Dough. It’s a kind of memoir-y collection of cartoons and essays before he was a famous children’s book author (not unlike Kristen’s own collection of cartoons, etc: Perfectly Revolting).

This is my mom’s homemade lemon curd on a whole-grain English muffin.

Published in Blogs and Food

Kat is a food columnist for The Campanil, cross-posting from her food porn/cooking blog The Wine-Y Tomato. She has graduated from Mills with double major in Art History and Creative Writing in May 2011. Secretly, she'd love to have her own show on Food Network! Contact her at thewineytomato [at] gmail [dot] com. Follow her on Twitter @TheWineyTomato.