Swim Team seniors Iris Corey, Desirae Tongco, Kelsey Mercado, Meg Smaker, Katie Young, and Bonnie Horgos, who graduated fall 2011, have  totaled up 20 years of swim experience at Mills, were among the top 10 fastest times ever recorded in Mills College history and have spent roughly 3,800 hours together  from practice, swim meets, and travel time.

This group of swimmers has been the most diverse group of swimmers that Swim Coach Neil Virtue  has ever had.  “They are all leaders in their own different ways,” said Virtue. These swimmers were inspired by wisdom Virtue imparted on them when they all began swimming. Virtue explained to them that ability is nearly what you are capable of doing, but it’s your attitude that determines how well you do it. At the end of the day, for these seniors  it wasn’t about who had the fastest time or who swam the greatest distance, but every moment they shared together. 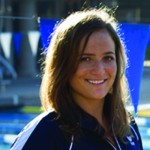 Horgos decided to joined the swim team in 2011, her last year at Mills.

Virtue described Horgos as an exceptionally hard worker, a true inspiration and a loyal teammate, noting that she is the type of person who “leads by example.”

Horgos made both the top ten best times at a meet in Oregon. This same time (13:46) was also her personal best. 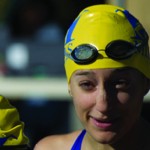 Mercado has been swimming at Mills for four years.

“Each day I went to practice and each day when I got out of the pool knowing that at least  I had this opportunity with this amazing team, to be present and happy,” said Mercado.

The friendships Mercado made on the swim team are one of the main reasons she remained at Mills. 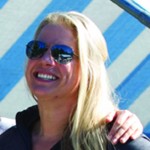 Smaker has been swimming at Mills for three years and has also played on the volleyball team.

Virtue described her as “always challenging herself, a fierce leader, a loyal teammate and an inspiration in the pool.”

Smaker said the swim team has always had more of a family dynamic than the other sports team she has been on. 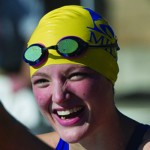 Corey has been swimming at Mills for four years.

“She is an old soul, a philosopher, she always gave people a different perspective on life.” Virtue said.

Virtue also said Corey is the only person at Mills College to be given a nick name by David Hasselhoff. He dubbed her “Slinky” when the team met him in an airport. 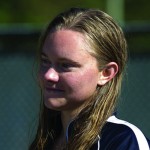 Young has been swimming at Mills for three years. Young said she learned patience, trust, and to have fun doing things that are really really hard from the swim team.

“Virtue leads by example and teaches us to do the same. I  know I am a better person after being on this team,” Young said.

During Young’s first year on the team she went to Nationals. 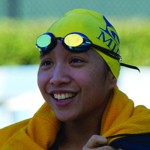 Tongco has been swimming at Mills for four years and is the team’s biggest cheerleader. Virtue said Tongco will always cheer for people in the back row and that she has a big heart. Tongco was also a part of the top ten swimmers recorded at Mills.

“Even though we don’t have big shoulders, our love for the sport and our positive attitudes keep us all going,” Tongco said.

Alheli Cuenca is the former Mobile Reporter for The Campanil. Also worked as the Multimedia Editor.