On Saturday January 21st thousands took to the streets to protest the recent presidential inauguration and everything that Donal Trump stands for. President Elizabeth Hillman led a group of Mills community members marching for gender justice. All photos taken by Emily Burian and Marisa Tangeman. 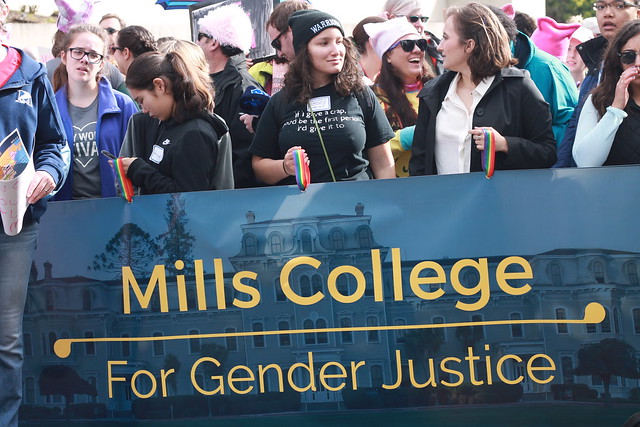 Emily Burian is the current Chief News Editor for The Campanil. She previously was the Asst. News Editor. She has been on staff since Fall 2015. Contact her at burian@thecampanil.com.